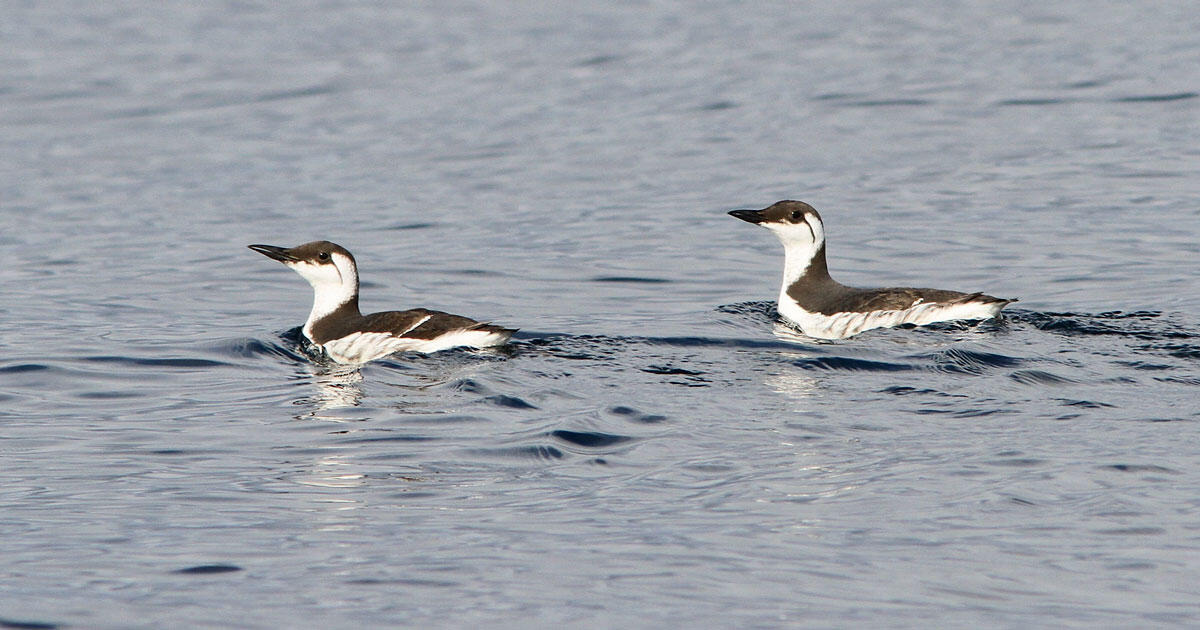 Climate change will bring more frequent and more severe heatwaves.  Even when these extreme events last only a few days, they can have severe consequences for people and wildlife.  We know that heatwaves can threaten vulnerable communities of people.  For these people, finding safe places to avoid the heat will be an important part of adapting to climate change. Heatwaves can also impact birds and other wildlife, and they too will need to find ways to escape the heat of climate change.

Although they do not have sweat glands, birds have a number of ways to keep cool.  On warm days they cool off by breathing rapidly, much like dogs cool off by panting.  Birds can also lose heat through their feet and bills.  And, when it really gets hot, birds are good at finding shady places to escape the heat.  But when temperatures climb too high, birds become stressed and are at risk of dying.

The impacts of heat waves on birds can be especially severe in places with hot, arid climates where temperatures are already high during the summer months.  These impacts have been most well-documented in Australia, where mass mortality events have been recorded for birds and bats.

Even in places where temperatures are not normally extreme, unseasonably warm weather may quickly create hazardous conditions for wildlife. This is especially true for birds using nest boxes that may be less insulated from heat than are natural burrows or tree cavities.  On the Farallon Islands, just west of San Francisco, California, increasingly warm and sunny days during the spring have necessitated the development of better-insulated nest boxes for Cassin’s Auklets.

Over time, repeated exposure to increasingly frequent and severe heat waves can impact the entire bird communities.  For example, increasing temperatures over the last century are believed to be responsible for the collapse of the Mojave Desert bird community.

Air temperatures aren’t the only type of heat wave, marine systems can also experience heat waves when sea surface temperatures become unseasonably warm.  These marine heat waves can cause marine organisms to move hundreds or even thousands of miles to find cooler water. When marine organisms can’t move to avoid the warm water, or when the prey they depend on disappear they suffer increased mortality during these events. In 2016, a marine heat wave contributed to a massive die-off of Common Murres and other seabirds off the coast of Alaska. Like terrestrial heat waves, marine heatwaves are also becoming more frequent as a result of climate change.

Without immediate action, climate change is projected to increase the frequency with which birds are exposed to heat waves that put them at risk.  But there are things we can do. Lowering carbon emissions will help slow global warming and reduce the risk that these birds will face.  More immediately, you can work to make your back yard a safe and shady haven for birds.  This can include providing a water source, such as a bird bath, and also making sure that bird boxes are not in a location where they will be exposed to long hours of direct sun during the breeding season.

Stray Cat Brings Her Kittens to Family that was Kind to Her, and Changes Their Lives Forever
Petition: Ban Fox and Coyote Penning in All 50 States
Philadelphia Sees Largest Mass Collision Event in the City in 70 Years
At-risk Cerrado mammals need fully-protected parks to survive: Researchers
Kittens Found Left Behind in Parking Lot, Have Their Lives Turned Around by Kind Couple