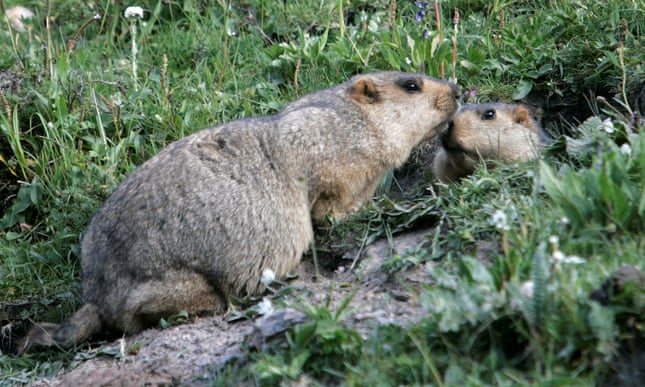 Russia has stepped up patrols to stop people hunting marmots near its border with China and Mongolia after the countries reported possible cases of bubonic plague, which can be carried by the animals.

Authorities in Bayan Nur, a city in the Chinese region of Inner Mongolia, issued a warning on Sunday after a hospital reported a suspected case of the deadly disease.

The Chinese region forbade the hunting and eating of the large rodents and asked the public to report any suspected cases, as well as any sick or dead marmots.


Authorities in Russia’s Altai region, which borders Kazakhstan, China and Mongolia, said officials were patrolling the area to enforce a ban on hunting marmots and to warn people about the dangers, TASS news agency reported.

The local branch of Rospotrebnadzor, the consumer health watchdog, said the cases across the border did not pose a threat to people in Altai, TASS reported.

The bubonic plague, known as the Black Death in the Middle Ages, is a highly infectious and often fatal disease that is spread mostly by rodents. however it can be treated with commonly available antibiotics. Bubonic plague outbreaks have become increasingly rare.

This article was first published by The Guardian on 7 July 2020. Lead Image: Marmots in western China. Authorities in Mongolia have warned the animals may be carrying bubonic plague. Photograph: Jason Lee/Reuters.

Orca Mother Who Carried Dead Calf 17 Days Is Pregnant Again
Ask Kenn Kaufman: Why Do Birds Abandon Nests for No Apparent Reason?
Wobbly Kitten Insists on Giving Other Cats Hugs After He was Rescued
Dog Is So Proud She Learned To ‘Paw’ She Won’t Stop Doing It
Webinar: Fun with Foraging: How to Get Started & Fun Toy Ideas!