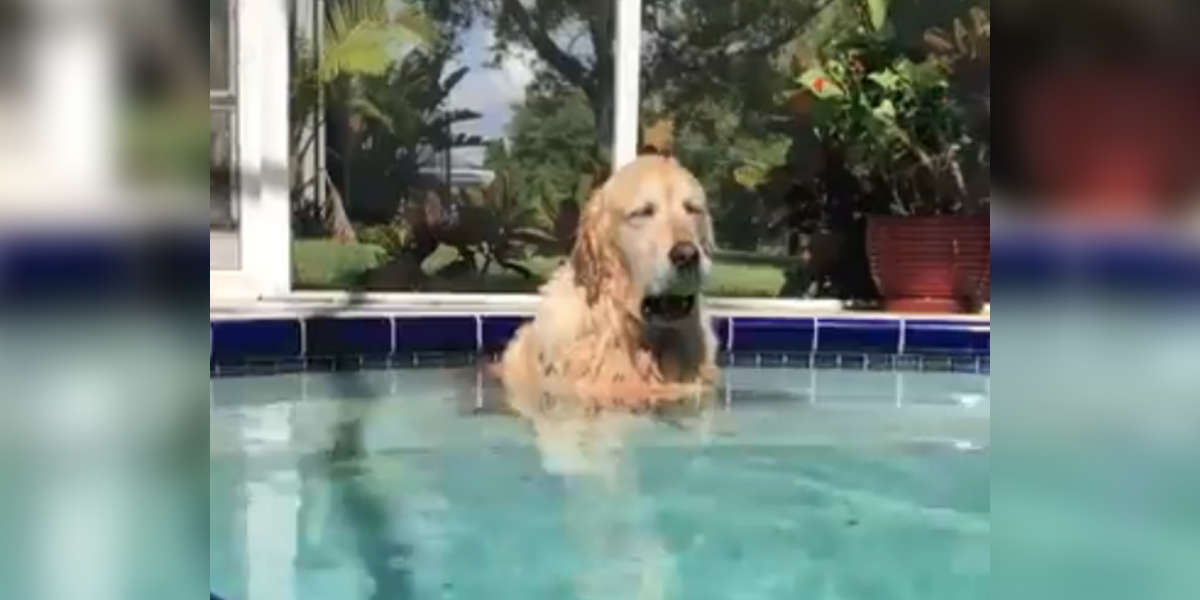 Ever since Myla was a puppy, she’s wanted to be near the water. Whether it’s a pool or a lake, the 6-year-old golden retriever knows that being by the water means it’s time for her to relax.

And Myla’s an expert at that. 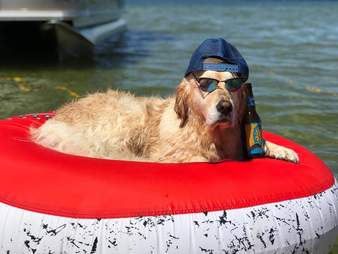 “Myla doesn’t necessarily want to swim for a long period of time, but just enough to cool off,” John Sabol, Myla’s dad, told The Dodo. “She loves sitting in a couple of feet of water near the shore or on the pool steps. When she’s done, Myla loves just lounging by the lake or by the pool sitting on the lounge chairs and just relaxing.” 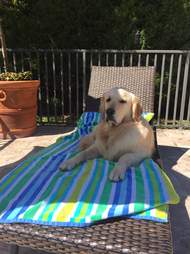 The laid-back pup can always tell when her parents are about to go swimming. As soon as she sees them wearing bathing suits or getting the beach towels out of the closet, she runs to the door with her tennis ball ready to jump in the water.

“She will do a couple of laps back-and-forth in the pool when we throw her tennis ball, but really her favorite is to just lounge and sit there on the pool step and relax,” Sabol said. “Myla will sit on that step for up to a couple hours with the ball in her mouth, almost as if she’s waiting to be served with a drink.” 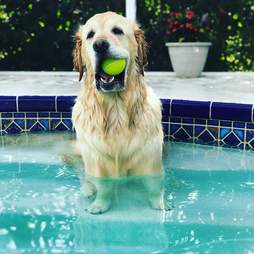 Myla is so happy hanging out in the pool, that she will often fall asleep in the shallow end with her tennis ball in her mouth. “She’s not necessarily tired, just a very content, chill, relaxed pup,” Sabol said. 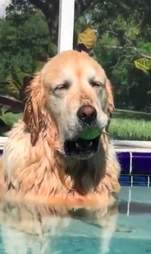 Myla recently went viral when her dad posted a video of her snoozing on Twitter. “Myla falls asleep in the pool with the tennis ball in her mouth almost everyday,” Sabol wrote. “She catches herself rocking to her right here, but the best is when her nose hits the water as she falls asleep. Dogs, bruh.”

Myla’s reaction when she wakes up after drifting off in the pool with her tennis ball is similar to anyone’s after dozing off on the beach, Sabol noted: “When she wakes up, she acts like nothing happened and keeps her beloved tennis ball in her mouth.”

But at least she doesn’t have the awkward sunburn to prove it.