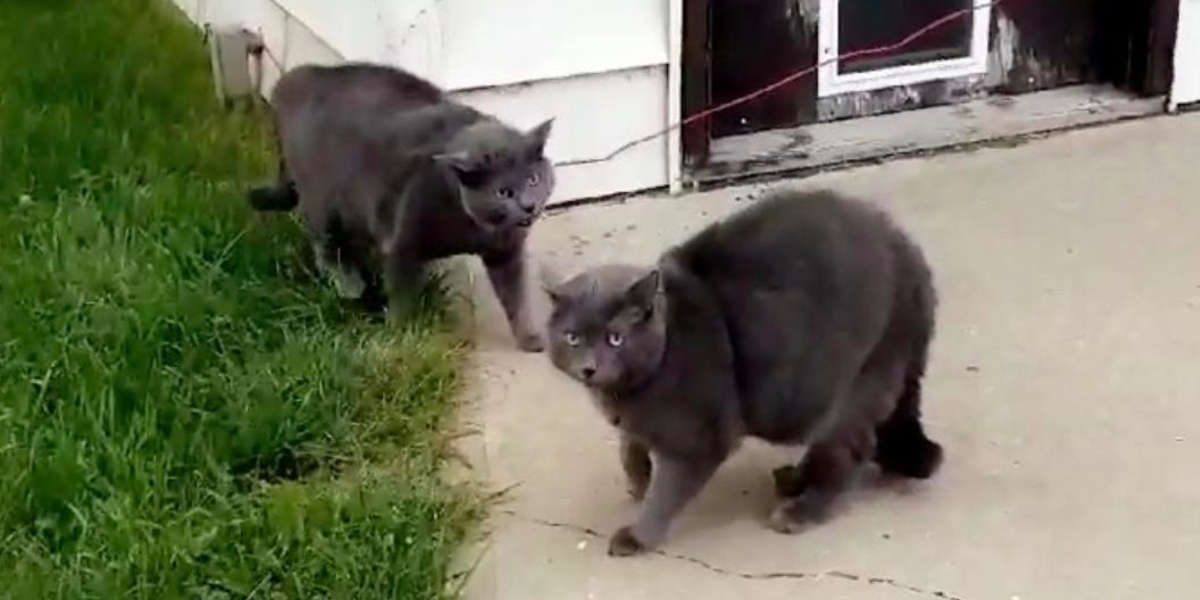 “It took me a minute to process that one of these was not my guy!”

Meet Loki, a cat who’s one-of-a-kind — or so his mom thought.

“He is one of the friendliest cats you will ever meet,” Devi Larsen, Loki’s mom, told The Dodo. “When people who don’t tend to like cats come over, he always changes their opinions of them since he’s so social and loves meeting new people.”

“Like the name suggests, he’s also very mischievous and will look directly at you while knocking something off the counter,” she added. 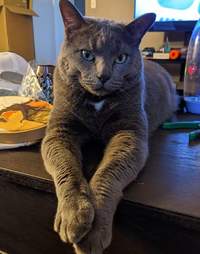 Loki loves spending time outside and will dart out the front door every chance he gets. “Ever since he was a kitten, he has always been fascinated with the outside,” Larsen said. “And by fascinated, I mean running out and immediately sprawling out on the ground or eating grass.”

Larsen has never been comfortable with letting Loki explore too far from home. So to keep her cat happy, she came up with a compromise: tethering him in the yard on a leash. 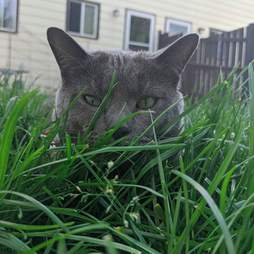 Last month, Larsen was inside on a work call and Loki was out enjoying the sunshine when something strange happened. Larsen heard growling coming from the yard, and rushed to see what was going on.

Outside, two chubby gray cats were facing off. At first, Larsen thought she was seeing double. “I’ve never seen another cat like Loki around our area before so when I got out and saw the scene set before me I was extremely confused!” Larsen said. “It took me a minute to process that one of these was not my guy!” 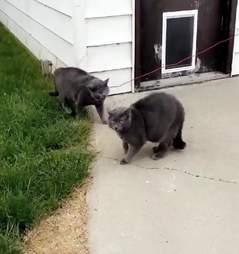 Neither cat appeared to be happy confronting their doppelganger, so Larsen moved to separate them. Loki had slipped his leash, but the other cat was wearing a harness. When she went to grab it, things escalated.

“I finally see the other cat has a black harness so I quickly grab that and go to hold my cat back,” Larsen wrote on Reddit. “Before I can, he launches himself quicker than this jiggly beast has ever moved in his life. He full-on tackles this other cat and they slap together like PB and jelly.” 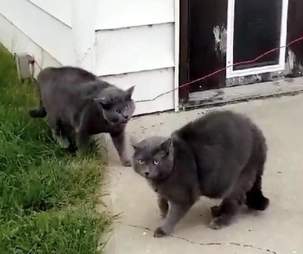 Larsen brought Loki inside, and while neither cat was injured, Larsen wound up with quite a few scratches.

Since that day, Larsen has vowed to not let Loki outside unsupervised again. Instead, she’s building him a catio where he can still enjoy the breeze and the sunshine — but without the possibility of confronting his “twin.” 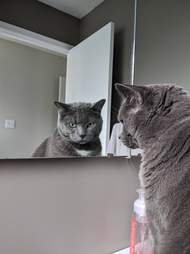 “He’s usually pretty good with other animals as we have fostered quite a bit,” Larsen said. “Maybe he didn’t like what he saw in the mirror.”

CattyCorner: How To Tell Your Humans You’re A Bored Cat
Ornithologists discover more rare hornbills than thought on Philippine island
A Big Day for the Little Fish that Seabirds Rely On
Dog Brings Mom An Injured Bird And Then Waits To Make Sure She’s OK
Audubon and ACC Campus Partnership Proves Climate is Everyone’s Issue