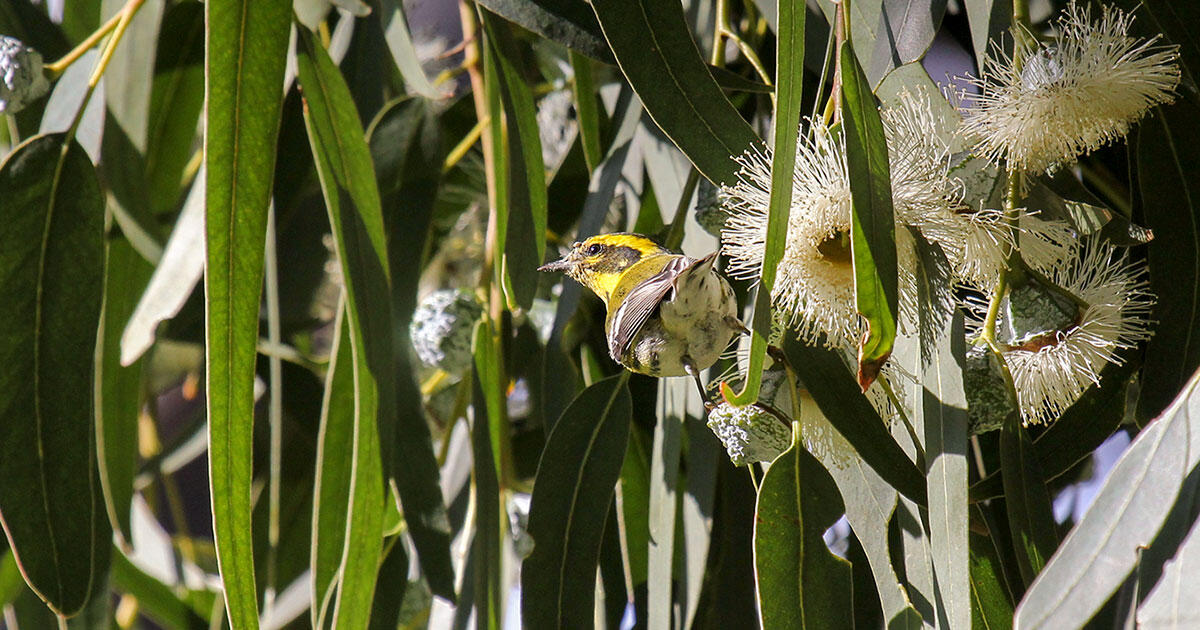 When Eric Wood moved to Los Angeles in 2015, he spent a lot of time driving around and exploring the city. But as a professor of ecology at California State University, Los Angeles, his eye was tuned to notice something on those drives that others likely missed. “I could very clearly see differences in the urban canopy from low- to high-income communities,” he says. Less wealthy parts of the city had far less greenery and fewer trees, he observed. “It was a really striking pattern.”

Since then, Wood has studied the species and exact location of 7,637 street trees—municipally owned trees often planted in the public right-of-way between a sidewalk and roadway—in 36 residential communities in Greater L.A. Through that research, he has confirmed with data what he sensed on those early drives: Affluent neighborhoods enjoy twice the amount of street trees, which were five times bigger than those in lower-income areas. And as a result, he and lab mate Sevan Esaian reported recently in the journal Ecological Applications, residents of tonier communities enjoy the sights and sounds of nearly five times as many birds as forage in the smaller, scarcer, and less diverse street trees of poorer neighborhoods.

The findings demonstrate that street trees, whose value for wildlife hasn’t been extensively studied, offer important habitat for birds in urban areas, the authors report. Even just a few more street trees in a low-income neighborhood correlates with a substantial bump in bird numbers.

At the same time, the study provides further evidence for a phenomenon known as the “luxury effect,” which ecologists have documented in cities all over the world. A 2018 review, for example, showed that wealthier neighborhoods tend to have a greater diversity of plants, birds, bats, lizards, and indoor arthropods. “So, low-income communities are not just deprived of tree shade and the mental lift that comes with access to the sight of green canopies,” said Harini Nagendra, an ecologist who has studied India’s urban forests for 30 years but wasn’t involved in the L.A. study, in an email. “They are also deprived of bird song, the flash of color that accompanies a butterfly’s visit, and of critical pollination services that can help or hinder community gardening or fruiting in the few trees and plants they do have.”

The disparity in tree shade may be an additional burden for low-income communities in sunny California as global temperatures rise, according to John Rowden, Audubon’s senior director for bird-friendly communities. “As the city and landscape get hotter, they’ll be disproportionately affected,” he says. The moisture trees release can lower air temperatures by 2 to 9 degrees Fahrenheit, and the shade they provide can keep surfaces 20 to 45 degrees cooler than unshaded ones, according to the U.S. Environmental Protection Agency. “If these people have simultaneously other health issues, like a lack of access to healthy food or good healthcare, it’s just piling inequity on inequity.”

To understand street trees’ habitat value and their distribution around L.A., Wood and Esaian walked along the streets of those 36 neighborhoods, starting just after sunrise, during the two winters from 2016 to 2018. Along with recording the size and species of the trees they encountered, they also took note of the birds they saw and which trees they were in. They documented 938 encounters with feeding birds, mostly involving migratory species like Yellow-rumped Warbler and Ruby-crowned Kinglet, along with year-round birds like Allen’s and Anna’s Hummingbirds, Bushtits, Lesser Goldfinches, and House Finches.

Those observations confirmed Wood’s hunch that birds would prefer native street trees. In wealthier parts of town, native trees covered 10 times as much area as in lower-income neighborhoods. Two native species, the coast live oak and California sycamore, were especially attractive, while birds almost wholly ignored 80 percent of the 80 non-native tree species studied. “I love native plants, and my wife and I have native plants all over our yard,” Wood says. “So I went into the study with this hypothesis that natives were going to be the best, and non-natives were going to be terrible. Still, it’s not necessarily what we found.” As it turned out, two non-native tree species, Chinese elm and American sweetgum, were also favorites among foraging birds.

Although planting native species provides many benefits to wildlife, that’s not the only factor city planners need to consider when choosing street trees. Not many native species are good candidates for street trees in L.A.’s relatively arid climate, and planting only those species would leave the urban forest vulnerable to pests or diseases that other trees might resist. “A successful tree is about the location, the soil, the placement in relation to businesses, bus stops, and people’s homes and sensibilities,” says Marcos Trinidad, director at L.A.’s Audubon Center at Debs Park.

It’s clear that lower-income communities in L.A. have fewer trees overall, native or otherwise. One reason for that gap is the way tree maintenance is organized in the city, Trinidad says. A street tree typically needs constant care and regular watering for the first two or three years after it’s planted, he explains. But even when the city pays to plant trees, it doesn’t always have the funds or staff to take care of them, so the work often falls to residents during those crucial early years, Trinidad says. People in wealthy communities might have the time and money to care for the young trees, but it’s not a priority for families struggling to pay rent and put food on the table. He also points out that in certain areas, city buses can wipe out small trees growing closer to the road than the trees in wealthier neighborhoods with bigger sidewalks.

This research arrives during the early stages of a city initiative to significantly increase and properly manage L.A.’s urban forest cover, which includes around 10 million trees, of which at least 2 million are publicly managed and 700,000 are street trees. Last year, Mayor Eric Garcetti appointed Rachel Malarich as the city’s first forest officer to oversee a plan to plant 90,000 trees by next year. By 2028 they aim to increase the forest canopy by 50 percent in areas where shade is most needed, which tend to be those lower-income communities.

Wood says he’s excited about this plan and believes that, with enough funding, the city can “create conditions that are good for biodiversity, but also good for people.” In fact, his paper included seven recommendations for the city that he has already discussed with Malarich. They include focusing on birds as indicators of urban forest health and using tools like Audubon’s native plants database to identify the most beneficial species.

He also hopes other cities beyond L.A. will recognize that their approach to street trees can either deepen inequality or help to address one of its manifestations. “We think that cities hopefully can take our results, and if they haven’t already been figuring this out on their own, we hope they say, ‘We’ve got to do a better job.’”

Pregnant Stray Dog Shocks Rescuers With 15 Adorable Puppies
Marine Heatwaves Can Scatter Ocean Wildlife More Than a Thousand Miles
Birdwatching Is a Bright Spot in a Pandemic-Stricken Economy
A Big Day for the Little Fish that Seabirds Rely On
CattyCorner: How To Tell Your Humans You’re A Bored Cat