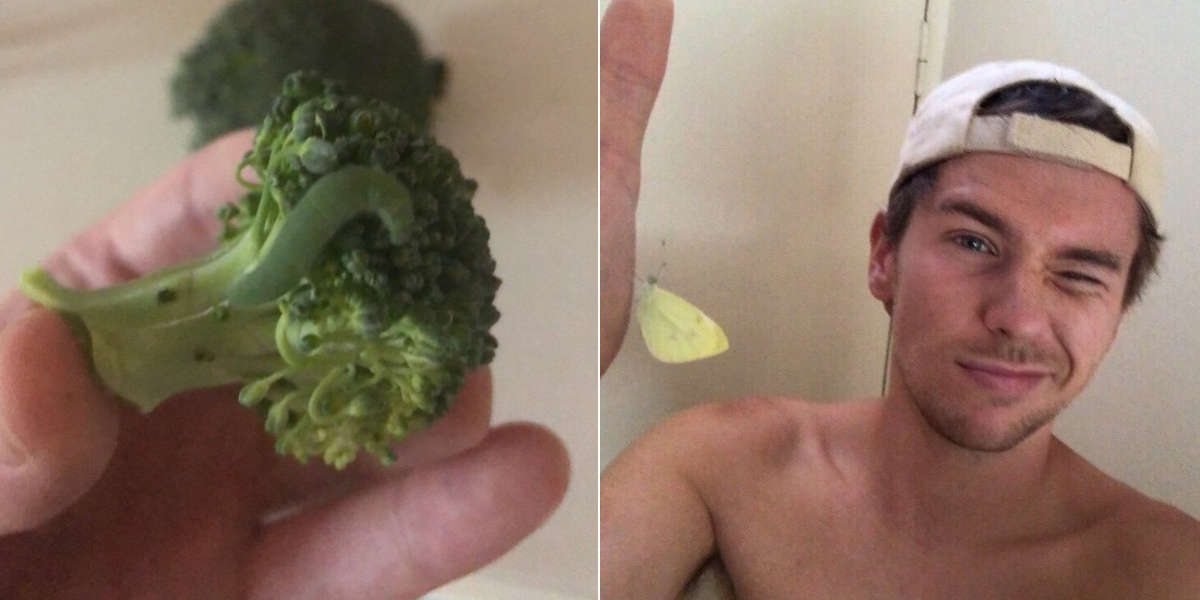 Samuel Darlaston was preparing dinner when he felt something soft on his thumb. He looked down at the broccoli he was unwrapping and saw a green caterpillar crawling up his hand.

“I was really shocked but also just confused because the broccoli was packaged,” Darlaston told The Dodo. “So this guy had been in there from Spain.”

Hey @Tesco I was about to cook my favourite vegetable of all time (broccoli) and after unwrapping it, to my surprise, found caterpillars inside! They’re really nice and we’ve ended up keeping one as a pet and naming him. but just as a heads up, some of your broc has c-pillars😳🐛 pic.twitter.com/3VLIQAEogG

Darlaston searched Google to find out more about the little stowaway and discovered that it was a cabbage white butterfly, an insect common in the UK and around the world. He named the caterpillar Cedric and placed him in a Tupperware container outfitted with everything he’d need — including the broccoli previously intended for dinner.

“I couldn’t just set him free, he’s international,” Darlaston said. “He would’ve been so confused!” 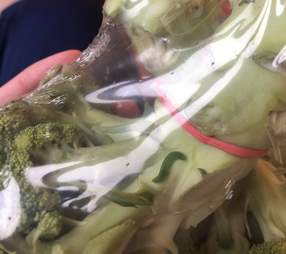 Darlaston went back to Tesco and bought some replacement broccoli, but when he got home, he discovered another five caterpillars gnawing away on the veggie. His roommate found an additional caterpillar on his broccoli — and they all moved in with Cedric.

Day 3, and we’ve got our first caterpillar romance story. Janine and Slim Eric nap together, eat together, and occasionally dance together 🐛 pic.twitter.com/t883KOVgi0

“By this point, we were in hysterics and obviously added the new addition to the Big Caterpillar House,” Darlaston said. “We then named them all: Carlos, Slim Eric, Croc, Janine, Broc and Olly.”

“I’ve never found living beings in my food before, but it didn’t really bother me,” he added. “It just means they’re using less pesticide.”

Honestly Tesco, look how much Janine the caterpillar EATS!? I think you need to provide more 55p broccoli gift cards for her pic.twitter.com/sruvjcMtkO

For Darlaston, there was never a question of whether he’d care for the caterpillars: “I’ve always loved animals of all kinds and having pets/animal friends is such a key part of my life,” he said. “I wanted to keep them all safe, fat and happy until they cocooned, and then finally spread their wings.”

Within three days, Cedric had chosen a spot on the wall of the Tupperware and began to form a chrysalis. 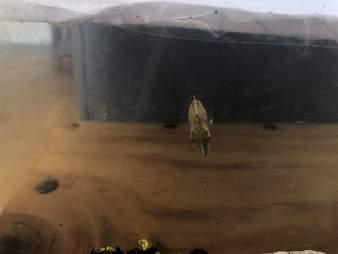 Cedric’s siblings followed suit, spinning webs for their own transformations. Then, one by one, bright green butterflies emerged from the chrysalises and slowly turned white. 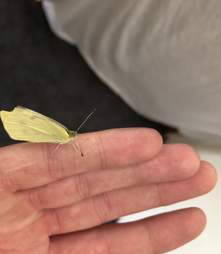 Releasing the little green hitchhikers back into nature was surprisingly emotional for Darlaston, after spending a week watching them grow: “I just wanted to do the best I could for them and eventually we had all seven out of seven emerge and then eventually get released,” Darlaston said. “I released Slim Eric (the slimmest caterpillar and slowest developer) yesterday morning.”

It’s time for another of our caterpillar-now-butterfly kids to spread their wings. 🦋Broc was released live with Jeremy Vine on BBC Radio 2 earlier (honestly what is that sentence🤩) so just before my show on @KissFMUK right now I’ve just released his best mate Olly🦋 pic.twitter.com/r15YbRb4av

“He was the final one and it was quite emotional but also such a nice moment because we’d worried he might not make it,” Darlaston added. “He ended up being one of the most active butterflies!”

For the Amazon’s rarest short-eared dog, deforestation is a very real threat
Kesha’s New Music Video Stars Her Rescue Cat
Kitten Found in a Field Cuddles Young Man and Insists On Staying with Him
Ask Kenn Kaufman: Why Do Birds Abandon Nests for No Apparent Reason?
Webinar: “The Grey Way: Understanding the African Grey Parrot”