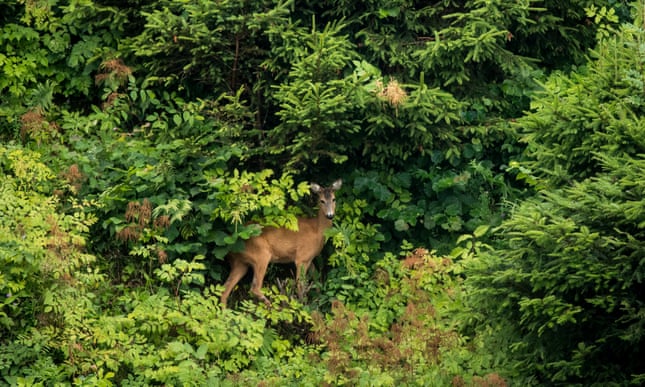 If humanity wants to reverse the widespread destruction of the natural world, biodiversity needs legal protection like the Paris agreement on climate change, members of the European parliament have said.

Action to halt biodiversity decline is based on voluntary commitments but, less than a year before a crucial UN biodiversity conference in China, MEPs pointed to the destruction of precious ecosystems and the more than 1m species facing extinction as evidence that the approach is failing.

The 15th meeting of the conference of the parties (COP15) in Kunming next October offers the next big opportunity to create a decade of new targets to protect the world’s land, oceans and wildlife. These targets will replace 20 biodiversity targets agreed in 2010 in Japan, only one of which is even close to being met.

MEPs want the next set of pledges to be underpinned by law so that countries are forced to act – and they say the EU should lead the way.

“If it’s not legally binding, at the end of the day it’s nice to have but it does not deliver enough to fight what we are facing: not only the climate change crisis, but a huge biodiversity crisis,” said Pascal Canfin, chair of the committee on environment, public health and food safety, which approved the resolution.

“We are living in an ecosystem, and if this ecosystem is vanishing, then we will have to pay to replace these free services and it will be very, very costly,” he said.

The draft legislation calls for more sustainable agriculture and forestry to contribute to healthy habitats and ecosystems. MEPs want to make 30% of EU territories places for nature by 2030 and aim to restore 30% of degraded ecosystems. They believe the EU should commit a minimum of 10% of its budget to increase biodiversity.

The European parliament will vote on the resolution in January. Anna Heslop, a lawyer for ClientEarth, welcomed the idea of creating legally binding targets. “We must not reproduce our old mistakes and risk losing another decade of action. 2020 is an absolutely crucial moment for worldwide biodiversity protection,” she said.

Sam Chetan-Welsh, a political adviser to Greenpeace UK, said it was “reassuring” MEPs recognised the urgent need for legally binding targets and urged the UK government to adopt similar targets after Brexit. He said legally binding commitments on biodiversity should also include protecting at least 30% of the world’s oceans by 2030.

The UN Convention on Biological Diversity entered into force in 1993, but decades of international collaboration have failed to save the destruction of the natural world. At least one in ten insects is at risk of extinction, and $577bn (£440bn) of domestic crops are at risk due to the loss of pollinators, according to the IPBES Global Assessment on Biodiversity report.

The global biomass of wild animals has fallen by 82% since records began and 25% of plant and animal species are threatened with extinction. The IPBES report also found there was a strong link between climate change and loss of biodiversity and one could not be solved without the other.

“The dual emergency of nature decline alongside climate breakdown means transformational action is needed,” said Sandra Bell from Friends of the Earth.

“We seem to have lost sight of the fact that nature provides us with healthy soils, water and air. In the UK, and across the EU, existing targets haven’t worked because they have lacked action, so it’s up to the EU commission and national governments to enforce nature laws.”

This article was first published by The Guardian on 6 December 2019.

Dog Mom Runs To Help Her Daughter Move A Giant Stick
Petition: Save Rare Clouded Leopards From Extinction!
Family Took in Pint-sized Kitten After He Was Found All Alone on the Street
Man Formerly Known as “The Tiger King” Going to Prison
Astronaut Reunites With Her Dog After Spending Nearly A Year In Space