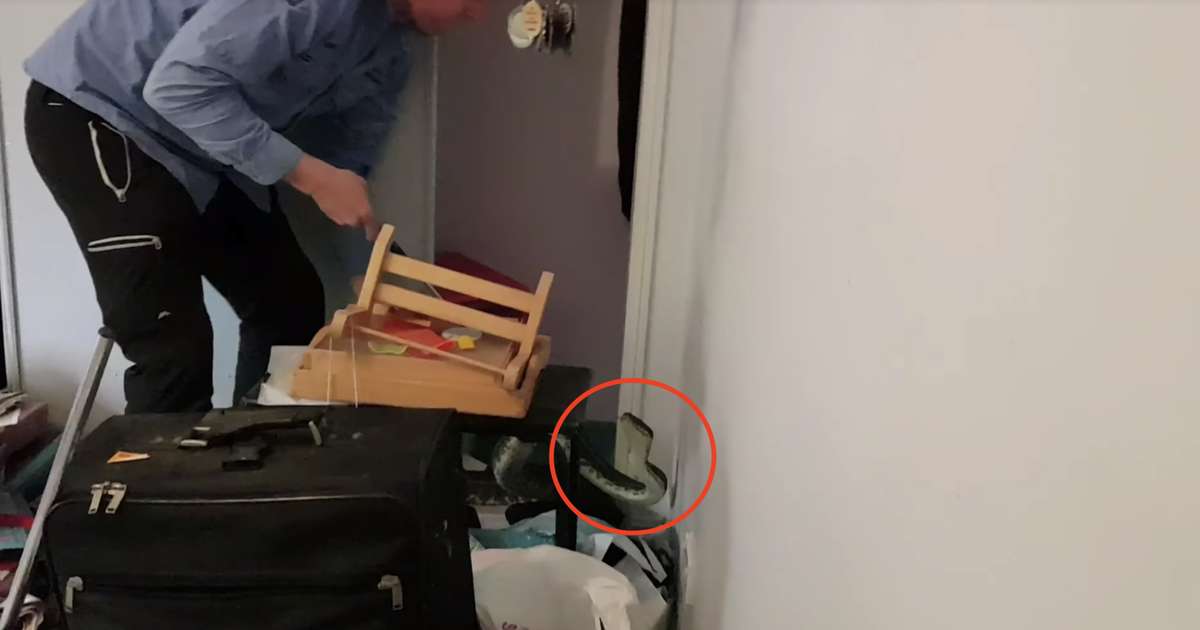 A family in Currimundi, Australia, had just arrived home when they suddenly noticed something moving around in one of their bedrooms. They cautiously tried to get a closer look — and were shocked when they discovered who was hiding in there.

“[They] realized it was a massive snake so they locked the bedroom door and called me,” Stuart McKenzie, of Sunshine Coast Snake Catchers 24/7, told The Dodo.

McKenzie quickly headed out to the family’s home. The family was pretty freaked out, but McKenzie has seen it all, and figured the snake couldn’t possibly be as big as they were making him out to be. He had slithered into the closet, and after some searching McKenzie was finally able to find the sneaky guy.

“I think they knew it was big but yeah, they definitely realized it was huge when I got it out,” McKenzie said.

McKenzie is experienced in rescuing snakes, and even he was shocked when he saw just how big the carpet python was. The snake was confused and put up a bit of a fight, but eventually McKenzie was able to get him out of the closet safely — for which the family was extremely grateful.

“This was one of the biggest snakes I have caught inside,” McKenzie said.

McKenzie held the snake up for a photo before placing him safely in a bag, and it’s easy to see just how big he actually is. It’s still a mystery as to how a snake that large managed to make it inside the family’s home unnoticed.

McKenzie was able to safely release the snake back into the wild where he belongs, away from any bedrooms where he might accidentally scare people. Overall, McKenzie was happy to have had the encounter, and to have a new record for “biggest snake caught inside.”

“It’s great to see big 9+ foot pythons still getting around in the neighbourhoods of the Sunshine Coast,” McKenzie wrote on Facebook.

Mom Catches Dog Borrowing Baby’s Seat To Rock Her Favorite Toy
Mother Dog Protects Her Puppies By Making A Home In A Snowdrift
Senior Dog Is So Happy That People Remembered His Birthday
Petition: Stop Giraffe Trophy Hunting in Africa!
Man Formerly Known as “The Tiger King” Going to Prison