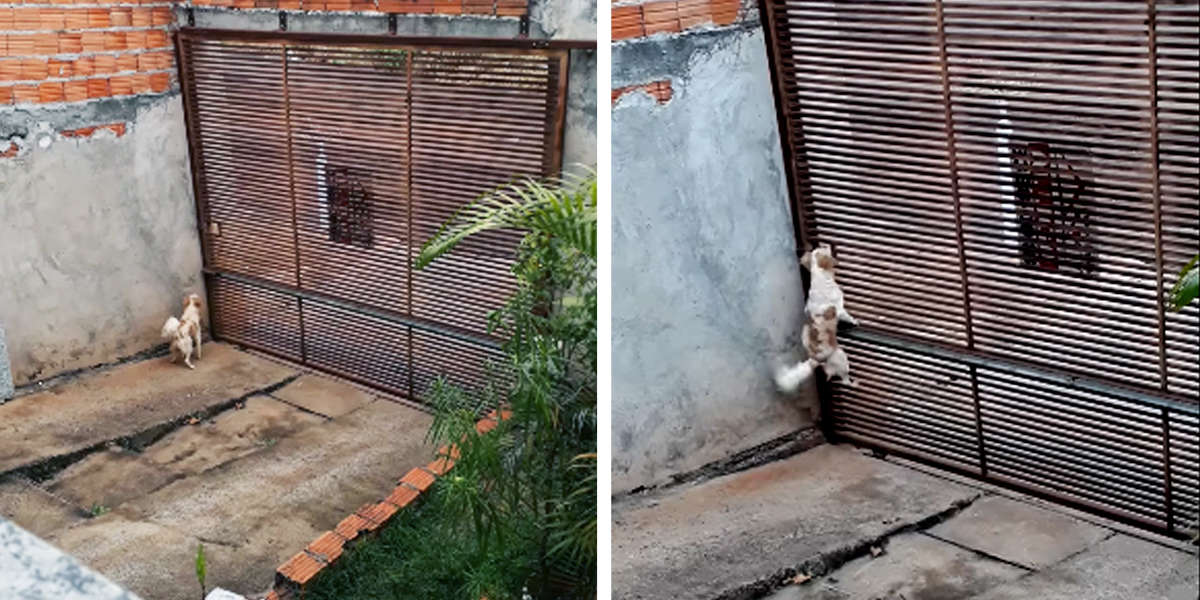 It’s fair to say that Albertina Fogaça was stumped.

Somehow, her playful little dog named Pingo kept getting out of their front yard in Brazil to go on adventures — despite having no obvious means of escape. “I don’t know when it began,” Fogaça told The Dodo. “All I knew was that he was getting out when the gate was closed.”

Fogaça decided to solve the mystery of the disappearing Pingo once and for all. So, one day, armed with a camera for proof, she put her pup in the yard and waited.

Here’s what happened next:

As Fogaça looked on from afar, Pingo made his great escape — scaling up to a small hole in the gate and wiggling himself out.

“I thought he was going to get stuck, but he managed to pass through,” Fogaça said. “My jaw dropped.”

Here’s Pingo heading out again, filmed from another angle:

The mystery had been solved — leaving Fogaça feeling more impressed than upset by his adventure-seeking.

For what it’s worth, Pingo has never failed to return home afterward, though he always needs to be let back in (since apparently that little hole is harder to reach from the outside). The biggest hassle for Fogaça is having to deal with what her pup brings back with him after his good time away.

“He’s adventurous, yes,” Fogaça said. “He always comes back dirty and stinky. He loves to roll around in icky stuff.”