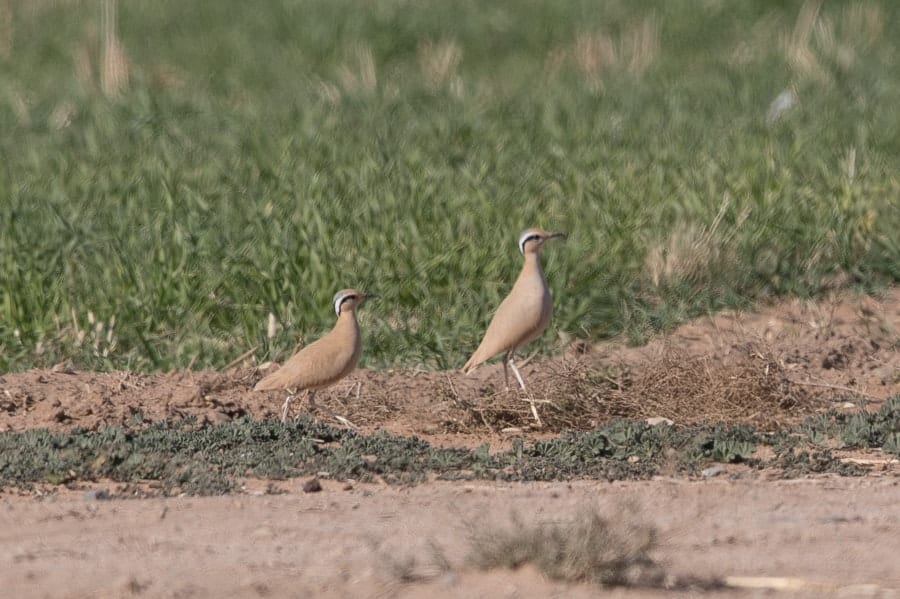 Whilst birding the Tabuk area recently I saw a few good winter species such as Montagues Harrier. It was the commonest harrier although both Pallid and Marsh Harrier were also seen. Several Long-legged Buzzard were also around the large fields.

Three Cream-coloured Coursers were seen along the edge of a large pivot irrigation field but trying to obtain good photos proved extremely difficult. Other birds seen commonly were Crested Lark and Eurasian Hoopoe.

Jem Babbington is a keen birder and amateur photographer located in Dhahran, Eastern Saudi Arabia where he goes birding every day. Jem was born in England and is a serious local patch and local area birder who has been birding for almost forty years and has birded in more than fifty countries. Jem is learning to ring birds in Bahrain as a perfect way to learn more about the birds of the area. Saudi Arabia is a very much under-watched and under-recorded country.

Woman Finds Creative Way To Play Tic-Tac-Toe With Her Cats
Sweetest Dog Needs A Home After Owner Left Town
China beefs up wildlife trade ban as COVID-19 outbreak intensifies
Audubon Members Share Inspirational Stories and Local Conservation Victories
To Get By in the Big City, Birds Need to Have a Large Brain or Lots of Sex