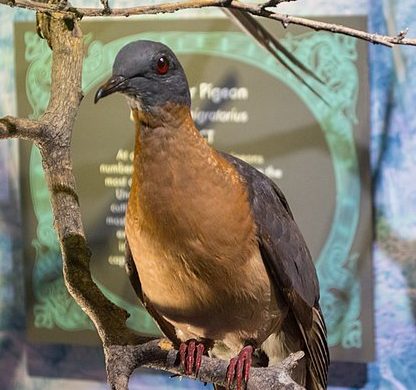 In nature, things happen in unexpected ways. As change moves forward, one of the unfortunate results is that all manner of biological beings inevitably face extraordinary circumstances against that which have served them well for so long. So long, in fact, that we don’t even have proper history of much of it. As historical data began to accumulate, thanks to the extraordinary interests and feats of a few scientists, we have come to vitally recognize what was -and still is- important to many species in terms of habitat, food, predator safety, and climate. Many once vibrant creatures became extinct due to overwhelming changes that did not allow for the sustaining of that species’ kind. With science, however, extinction could now become a reversible event.

In recent years, a science referred to as de-extinction has become more than a flight of fancy in the minds of scientists, especially biologists. To date, science have produced remarkable tools – all still in their infancy, and all looked upon in various degrees of ethics. “Jurassic Park,” the popular novel and movie series, entertained the concept of reintroducing age-old dinosaurs using DNA extracted from fossils of these ancient creatures and merging them with existing animals likely extended from the lineage of the dinosaurs. However, in actual science, it’s been realized that DNA ages to the point it becomes unusable. That keeps challenging storylines like “Jurassic Park” from becoming reality.

In 1914, the last passenger pigeon, named Martha, died in the Cincinnati Zoo. Martha, made it to 29 years of age before her unfortunate death. She had never laid a fertile egg and, therefore, the reality of the passenger pigeon died with her. But now, some 105 years later, the technology of CRISPR (Clustered Regularly Interspaced Short Palindromic Repeats…say that fast!) has single-handedly promised a new era of gene-editing that has a wide array of applications and potential solutions – including human disease management – that could play a large role in what is being referred to as “resurrection biology” or, more to the point – “species revivalism.” You can read more about CRISPR here.

A project known as The Great Passenger Pigeon Comeback is in the oversight of Ben Novak, a scientist with an interest in ancient DNA. At the McMaster Ancient DNA Centre, Novak learned the process of DNA extraction as well as properly sequencing Mastodon fossils. With his current work at the Long Now Foundation, where he has been employed since 2012, he has helped to further establish the core intent of Revive and Restore the extinct passenger pigeon.

The five stages of the de-extinction program for the passenger pigeon include:

A studied approach to the Passenger Pigeon Project will give you a greater realization of the entire project. In addition, the noble purpose of the necessary revitalization of the ecology of North America’s eastern forests, of which the passenger pigeon is thought to be a vital part, is a sought after effect. You can further explore that here.

In addition to Novak’s active work on the de-extinction of the passenger pigeon, he is equally interested in producing a widely shared and available database of extinct species with complete genome information and genetic mapping, all in the hopes of the de-extinction of other species.

With this new science and its upcoming potential successes, the possibilities for the de-extinction of many birds, including those who most recently became extinct – like the Spix’s macaw, or blue macaw, (Cyanopsitta spixii )–can be realized.

Stray Cat Comes to Family Just in Time so Her Kittens Can Live Best Life
Street Kitten with Strong Spirit Finds Help and Best Friend She Always Wanted
Helpful Cat Lets Her Dad Know When He’s Had Enough To Eat
‘My land is now owned by lions’: Maasai Mara farmers offer Kenya’s wildlife a lifeline
Policies to Rebuild Better for Birds and People Dominate the Week in Congress