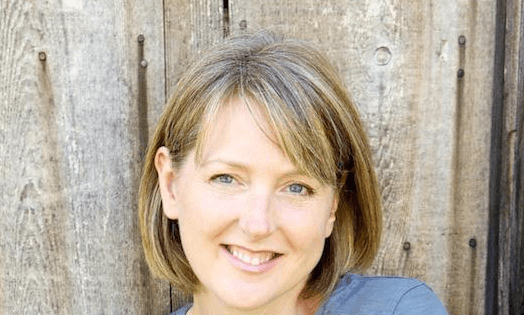 If a homeless animal had a best friend, it would probably look a lot like Betsy Banks Saul.

Betsy has saved tens of millions of pets’ lives—yes, you read that right—through the ground-breaking rescue website she founded, Petfinder.com. The site allows would-be adopters to search out adoptable pets in their area from groups and shelters across North America. Along the way, she changed both public perception of rescue animals and how people adopt pets. Now she aims to do the same for foster animals.

It is not hyperbole to say Petfinder revolutionized pet adoption. The idea for the site came to Betsy and her then-husband, Jared Saul, in December 1995 as they discussed what the Internet could do to help shelter animals. One month later, Petfinder was up and running.

It was hard work, with Betsy and Jared personally contacting groups and entering the adoptable pets, but for the first time, there was one database for adoptable animals in need of a home. Eventually, Betsy organized an unprecedented 14,000 shelters and rescue groups—nearly every organization across North America—so their adoptable pets were searchable through one place. “Everybody played in one sandbox,” says the Missouri native proudly. And it worked: in the last 20 years the number of animals euthanized annually has dropped from a shocking 20 million animals to 2.7 million, a big step in the right direction.

Wanting Petfinder to have an international reach, Betsy sold the website to Discovery Communications in 2006 for $35 million—that’s the kind of profile and traffic the site sees—and remained involved until Nestle Purina bought the site in 2013. But after leaving the company, “something kept me up in the middle of the night,” Betsy says. “I felt like I left some unfinished business on the table. We had done great things for adoptable animals—Petfinder was rockin’ and rollin’—but there were all these pets being left behind.” Animals were being euthanized because the shelters weren’t adopting them out quickly enough, or because there wasn’t enough space. “And there were all these animals that don’t belong in shelters like birds and goats and horses, and other animals that were in the wrong place at the wrong time.”

Not one to rest on her laurels, Betsy set to work on a new venture, one with the aim of catching the pets that fall through the cracks—and last spring, Betsy, along with Eric and Traci Theis, launched 911fosterpets.com. Already, it’s doing for fostering what Petfinder did for adoption.

Not every homeless animal can be taken in at the shelter, explains Betsy. A foster home is an in-between home, or a place to crash—and it saves lives. “Some animals are in the wrong place at the wrong time. Some animals just need a family for a day or two while transportation is being set up to get them to their rescue partners, or a couple of weeks to become old enough to qualify for adoption. Sometimes an adopter is interested in a pet but can’t take it yet. If the shelter is full, we can hold pets until a space opens up.”

To get the fostering site up and running, Betsy, along with Eric and Traci, started reaching out to shelters and foster parents, and got companies Merck and PetMeds on board. With an eventual goal of seeing a foster home on every block, 911fosterpets was born.

It is just so frustrating that we see so many kittens being euthanized in shelters and, at the same time, we see so many wonderful families willing to adopt them. The timing just doesn’t work out. Kitten foster-parents can bridge the gap. They truly save the kittens.

So far, animals on the site have been viewed over one million times and the associated groups have received thousands of foster offers.

It’s making a real difference. When someone fosters a pet, they not only save that pet’s life, but they also open a kennel space for another homeless pet in need, says co-founder Traci.

“Moms with kittens or puppies, pregnant dogs and cats, and dogs and cats with treatable colds who typically need two weeks out of the shelter are all examples of pets who are being euthanized simply because the shelters don’t have the space to care for them until they are adoptable,” she says. “Two to four weeks in someone’s home can save the lives of many pets.”

Cats, in particular, are at risk of being overlooked, says Betsy.

“We forget to go help the cats,” she says. In shelters, “cats are in more jeopardy than dogs. It’s the lack of awareness; it’s the fact that there are more of them. Twice as many cats are euthanized than dogs. That’s why cats are in so much trouble.”

To help these cats, Betsy urges cat lovers to consider fostering. “Fostering can allow foster cats and kittens the precious time they may need to find the right match,” she says. “Sometimes it takes a while for the right family to show up.”

Traci seconds this: “Fostering provides a safe, loving place for our furry friends to call home for a little while,” she says. “[It’s] somewhere they can experience what it feels like to be loved and cherished, without all the stress of a shelter environment. Fostering a pet turns an everyday person into a hero.”

There are benefits for humans, too. Fostering allows people with limited bandwidth to reap the benefits of pet ownership and feed their need to make the world a better place.

Anyone—millennials who don’t have time for a full-time pet and retirees who travel for months at a time—can be a foster pet parent if they can carve out a chunk of time, says Betsy.

Pet foster parent Melissa Troche says the lessons her children, now 22 and 14, have  learned from fostering are invaluable.

“They’ve learned to care for something other than themselves,” says the Clearwater, Florida resident. “I’m not sure that they would have gotten those lessons from school. It’s good for the soul and good for the spirit and it rewards you in a way you can’t even begin to describe.”

Now that she and Eric have a son, Jasper, fostering pets is paramount, Traci says. “It enables us to teach him about compassion for animals and caring for others while also giving back to our community.”

Traci says people don’t realize that even a short-term commitment can save an animal’s life. One of the goals of 911fosterpets is simply to raise awareness of the benefits of fostering.

“If more people knew, they would step up and foster,” Traci adds. “Veterinary care and often many, if not all expenses are covered. [These pets] just need a family to love them and care for them until they can go up for adoption or find their forever family.”

Fostering also allows for a no-commitment getting-to-know-you period, as opposed to adoption, which Betsy jokingly likens to an arranged marriage.

“When you see a pet at a shelter and you take it home, it’s a miracle when it works out—you haven’t really met yet,” Betsy says. Fostering, she says, allows prospective pet owners to dip their toes in. “It’s a great way to ‘try before you buy,’ and be a little more circumspect about who you invite into your home for 10 years.”

It’s not only elderly and adult cats with special needs that have trouble finding homes.

“It’s shocking how many kittens are euthanized simply because they aren’t old enough to be officially adopted,” Betsy says. Just a few weeks of fostering can be the difference between life and death for a litter of kittens, she adds.

“It is just so frustrating that we see so many kittens being euthanized in shelters and, at the same time, we see so many wonderful families willing to adopt them. The timing just doesn’t work out. Kitten foster-parents can bridge the gap. They truly save the kittens.”

Since 2001, Deanna Wright’s family has fostered about a dozen cats including a mom with three young kittens.

The Ottawa, Ontario resident got into fostering after learning about the need while volunteering at her local chapter of the humane society.

“Most people don’t realize that all it takes is a spare room,” Deanna says. “Cats don’t need much, and many of these cats are starving or freezing on the streets. So whatever people can offer they’d be thrilled to have.”

Like many fosterers, Deanna ended up adopting one of her foster cats. That’s not unusual—lots of pets find forever homes with their foster parents, situations Betsy affectionately calls “foster failures.’’ Betsy herself has had many foster failures, including her cat, Charlie, a foster cat who was returned to her when his adoption didn’t work out. While it is always sad to not have an adoption work out, Betsy and Charlie have been almost inseparable since.

Another time, Betsy brought home a 16-year-old surrendered cat, assuming the cat would pass before she could find someone willing to adopt the anti-social senior. “I simply didn’t want her to die at the shelter. Little did I know that wonderful kitty would live to be 20.”

Deanna’s foster failure is “the most amazing cat,” she says. “When I was younger I had two orange Tabbies, so I’ve always had a soft spot. When she came home, she was so sweet and snuggly right from the get-go…but more surprisingly, my husband, who is allergic to cats, didn’t react to her!”

These are the perfect pairings that Betsy frequently sees fostering allow for. “Most often [it is] just a case of meeting that one-in-a-million pet that fits perfectly in the home—which makes fostering a really smart way to find your new best friend,” Betsy says. “Sometimes, pets just need a chance and a bit of time.”

A lifelong animal lover, Betsy credits her parents for instilling in her the urge to help others. “I translated that ethic onto all beings and never differentiated between people and animals,” she says.

These days, the 49-year-old former park ranger divides her time between her homes in Crystal Beach, Florida, and Chapel Hill, North Carolina, which she shares with about 40 rescue animals. She has five cats, two dogs, cows, two goats, five horses, a donkey, a box turtle, eight guinea hens, and 16 chickens. In short, she lives it, and helping animals is her life’s work.

“It’s about the golden rule,” says Betsy. “Everyone needs a hand up sometimes.”

*Find a cat to foster at 911fosterpets.com. It could change both your life and the life of the cat you foster.